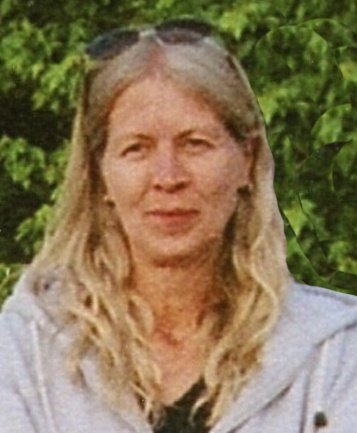 There will be a private, family burial for Sheryl Lawson at Aeneas Cemetery, rural Kensington, Minnesota.

Sheryl Lynn Lawson was the 5th child born to Paul J. and Elaine S. (Hellberg) in Hibbing, Minnesota on February 1, 1960.  When Sheryl was two, she moved with her family to Morris, Minnesota.  She was baptized and confirmed at Faith Lutheran Church in Morris and attended Morris Public Schools.  Following her education, Sheryl worked as a bartender while living in different areas, including Minnesota, Colorado, and Wisconsin.  She was blessed with a son, Mitchell on August 6, 1978.  She moved back to Morris around 2013 where she continued to live until the time of her death.

If you ever had the chance to meet Sheryl, you would never forget her.  She had the ability to strike up a conversation with anyone, no matter where they were.  She had a great love for little children and dogs.  She also enjoyed fishing and going for rides on her motorcycle and was an excellent shopping partner!

Sheryl died on Thursday, June 17, 2021 at her home following a lengthy battle with Lung Cancer.  She was 61 years old.

She is survived by her mother, Elaine Grotjohn of Morris; brothers: Joe (Julie) Grotjohn of Hawley and Ron Grotjohn of Sioux Falls, SD; sister, Teresa Drewes of Park Rapids and many nieces, nephews, and other extended family.  Sheryl is preceded in death by her son, Mitchell; her father, Paul; sister, Karen, brother Jim; and a nephew Jordan Grotjohn.

Pedersen Funeral Home in Morris is in care of arrangements for Sheryl.

To order memorial trees or send flowers to the family in memory of Sheryl Lawson, please visit our flower store.