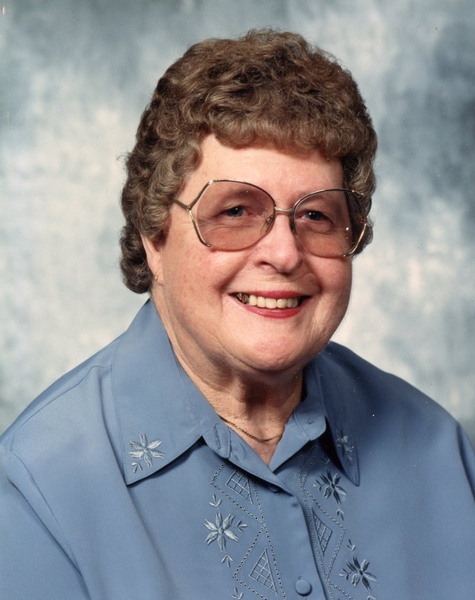 There will be a public visitation for Shirley Velde of Alexandria, formerly of Chokio, MN, on Tuesday, February 23rd from 10:00 to 11:00 a.m. at Pedersen Funeral Home in Morris, MN. The funeral service for Shirley will be a private family service with burial at Artichoke Lake Cemetery, rural Chokio, MN.

There will be a live stream of Shirley's service starting at 11:00 a.m. on Tuesday, February 23, 2021.  To view the service on the Pedersen Funeral Home website, scroll to the bottom of Shirley's page and clink the link.

Shirley Ann Anderson, daughter of Fred and Sylvia (Boldenow) Anderson, was born January 24, 1932 on the family farm in Stevens Township, in Stevens County, Minnesota.    She was raised there until the age of five, when the family moved to Chokio, where she attended school through the 11th grade. She was united in marriage to Bernard Wade on May 26, 1949 in Chokio.  To this union five children were born.  After a short illness, Bernard passed away July 6, 1978.  Shirley was united in marriage to James Velde on April 7, 1979 in Alberta.  Shirley and Jim made their home in Chokio, until they both became residents of the nursing home, where she continued to live until the time of her death.

Shirley was a member of Homemaker’s Club and enjoyed entering her beautiful flower arrangements and cookies at the Steven’s County Fair, where she received several ribbons.  She enjoyed gardening and going on fishing and camping trips.

To order memorial trees or send flowers to the family in memory of Shirley Velde, please visit our flower store.