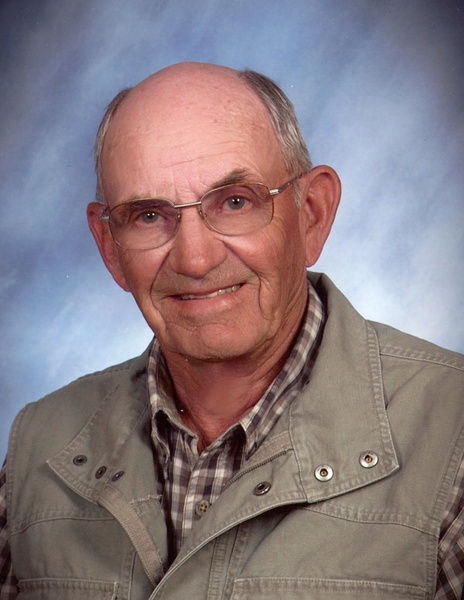 The funeral for Sidney John "Sid" Wilcox, of Morris, Minnesota will be held on Monday, March 7, 2016 at 10:30 a.m. at the Faith Lutheran Church in Morris, with Reverend Dell Sanderson officiating. Visitation will be on Sunday from 2 to 5 p.m. at the Pedersen Funeral Home in Morris, and Monday, one hour prior to services at the church. Burial will be at the Summit Cemetery, Morris.

Sidney John Wilcox, son of Irven and Louella (Alm) Wilcox was born on September 17, 1936 in Stevens County, Minnesota. He attended grade school in Donnelly and graduated from Morris High School in 1954. Sid was united in marriage to Carol Wilkins on November 25, 1955, at the St. John's Lutheran Church in Donnelly. The couple moved to Moorhead, Minnesota, where Sid worked as an apprentice painter. Sid and Carol moved to Morris in 1959; shortly after, Sid and his brother-in-law started West Central Decorating. In 1967, Sid started Wilcox Decorating, which he owned and operated until turning the business over to his son Kirby in 1999. In his retirement, Sid enjoyed helping out Kirby and most recent refinishing old furniture.

He was a member of the Faith Lutheran Church, where he served on the church council and was co-chair of the Faith Lutheran Building Committee. Sid was a member of the 9-F Sportsman Club, Jaycees, Muskies Inc., and the Donnelly Rod & Gun Club. He enjoyed fishing and collecting old and antique fishing lures and memorabilia. He also enjoyed meeting his buddies at DeToy's Café for a game of Euchre.

Sid will be remembered for the love of his children, grandchildren and great-grandchildren. He had a way of connecting with people; his sense of humor, teasing, joking and "Sid-isms" will always be missed.

In Lieu of flowers, the family wishes memorials are given to the Stevens County Historical Society or Knute Nelson Hospice. Sidney John Wilcox
To order memorial trees or send flowers to the family in memory of Sidney Wilcox, please visit our flower store.