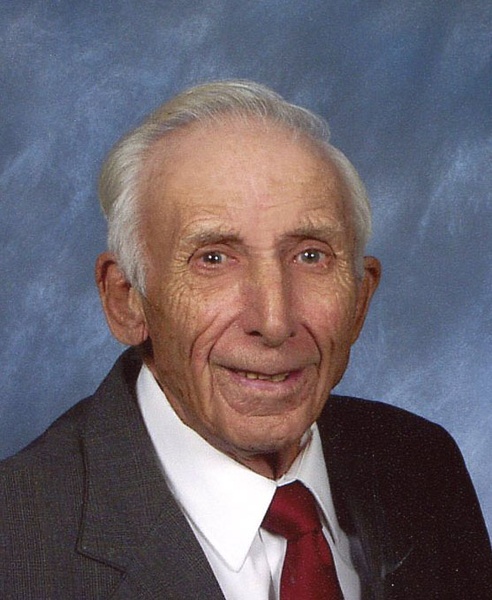 Funeral services for Stanley Martinson of Starbuck, MN will be Thursday, May 25, 2017 at 11:00 a.m. at Fron Lutheran Church in Starbuck, with Reverend Paul Johnson officiating. Visitation will be one hour prior to services at the church. Burial will be at Fron Lutheran Cemetery, rural Starbuck.

Stanley Earl Martinson, son of Edwin and Laura (Block) Martinson, was born July 1, 1922 in Ortonville, Minnesota. Stan grew up and attended school in Ortonville, graduating from Ortonville High School. Stan later attended Concordia College for two years. On March 22, 1943, Stan enlisted in the United States Navy, where he served two years in the South Pacific during World War II as a tail gunner on a PBY. After his honorable discharge he returned to Ortonville, MN. He was united in marriage to Agnes Schultz on April 27, 1947 in Ortonville. Stan began working in the LP gas service in Minneapolis and Alexandria, Minnesota and Dauphin, Manitoba. In 1960, Stanley and Agnes moved to Starbuck, where he continued working as a LP gas serviceman, until his retirement in 1984. Stan continued to live in Starbuck until the time of his death.

In lieu of flowers the family prefers memorials to the donor’s choice. Starbuck Funeral Home in Starbuck is in charge of the arrangements. Stanley's Memorial Folder
To order memorial trees or send flowers to the family in memory of Stanley Martinson, please visit our flower store.