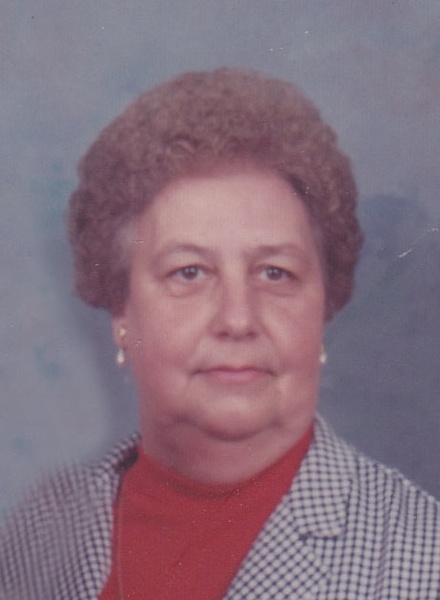 Funeral services for Sylvia Strickler, of Starbuck, MN will be held on Friday, February 17, 2017 at 11:00 a.m. at Immanuel Lutheran Church in rural Starbuck. Reverend Paul Johnson will be officiating. Visitation will be held on Thursday, from 5 to 7 p.m. at the Starbuck Funeral Home in Starbuck, and for one hour prior to the service at the church on Friday. Burial will be in the church cemetery.

Sylvia Bernice Selix, daughter of Mervin and Angeline (Gunderson) Selix, was born March 2, 1931 on a farm in Torning Township near Benson, Minnesota, where she grew up and attended country school. Following her schooling, Sylvia helped on the family farm and also worked for neighbors on nearby farms. Later, she worked at Wimpy's Café in Glenwood. She was united in marriage to Floyd Strickler on April 5, 1949 in Glenwood, MN. The couple made their home on a farm south of Glenwood until 1959 when they moved to a farm south of Starbuck. Sylvia helped Floyd on the farm where they raised their family of seven children. In 1980, Sylvia and Floyd retired from farming and moved to their new home north of Starbuck. Floyd died November 15, 1996. Sylvia continued to live in Starbuck until 2013, when she moved to Glenwood, where she continued to live until the time of her death.

Sylvia was a member of Immanuel Lutheran Church. She enjoyed gardening, cooking, baking, quilting, bowling and caring for her children, grandchildren and great-grandchildren.

Sylvia died Monday, February 13, 2017 at the Glenwood Village Care Center in Glenwood. She was 85 years old.

Starbuck Funeral Home in Starbuck is in charge of the arrangements. Please visit our website after Tuesday, Feb. 21st where you can find the video of Sylvia's funeral service. To order memorial trees or send flowers to the family in memory of Sylvia Strickler, please visit our flower store.