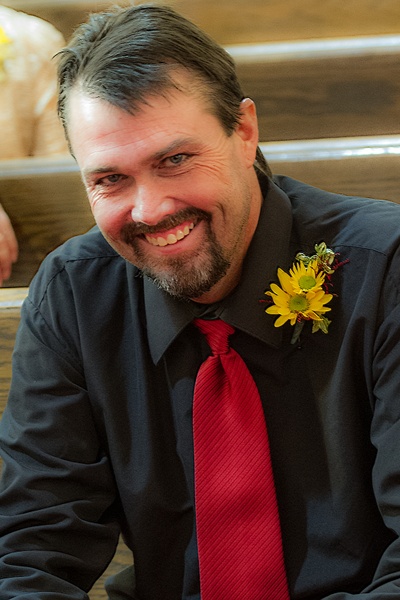 Memorial services for Todd Hovendick of Zimmerman, MN will be held Monday, February 22, 2016 at 1:30 p.m. at Good Shepherd Lutheran Church near Morris. Visitation will be Sunday from 5 to 7 p.m. at the Pedersen Funeral Home in Morris and for one hour prior to services at the church on Monday. Burial will be held in the spring.

Todd Arthur Hovendick was born June 4, 1971 in Stevens County Hospital in Morris, Minnesota to Gordon Robert Hovendick and Judy Ann Richardson Hovendick. He grew up on a farm in the Cyrus area and was baptized at Trinity Lutheran Church in Cyrus. He attended school in Cyrus, graduating in 1989. He was in the last class to graduate from Cyrus. At an early age he attended many basketball games in the Cyrus gym, where he learned to love the game and played through his high school years. He loved other sports including, football, and baseball. In 1972, Gordon and Judy bought a farm where Todd would help milk cows, hog chores and taking care of fat cattle, which led him to being in 4-H. After high school, Todd began working for Morris Co-op in their shop. After several years, Todd went to the water treatment class at St. Cloud Technical School. He decided he liked shop work better and began working for Royal Tires in St. Cloud. He was later employed by Integrity Auto in Princeton, Minnesota. He married Julie Gruett on April 19, 1997. To this union one daughter was born, Claudia Judith Hovendick, born on August 25, 1999. She is now a junior at Zimmerman High School. The couple divorced in January, 2013. Todd continued to live in Zimmerman, working for Integrity Auto until the time of his death.

Todd died on Monday, February 15, 2016 at the age of 44 at the Fairview Northland Medical Center in Princeton, MN.

He is survived by his daughter: Claudia Hovendick of Zimmerman; father and step mother, Gordon Hovendick and Irene Manthey Hovendick of Starbuck; one sister, Lisa Hovendick (Brent) Gulsvig of Starbuck; his step-grandmother, Juanita Howland Hovendick of Kansas City, MO; two step-brothers, Timothy (Patty) Raveling of Coon Rapids and Jason (Janet) Raveling of Brooten; one step-sister, Laura Raveling (Michael) Hagen of Sandstone; ten nieces and nephews and many aunts, uncles and cousins. He was preceded in death by his mother, Judy Ann Richardson Hovendick; grandparents, Gordon and Barbra Richardson and Robert and Anne Lucille Hovendick. To order memorial trees or send flowers to the family in memory of Todd Hovendick, please visit our flower store.