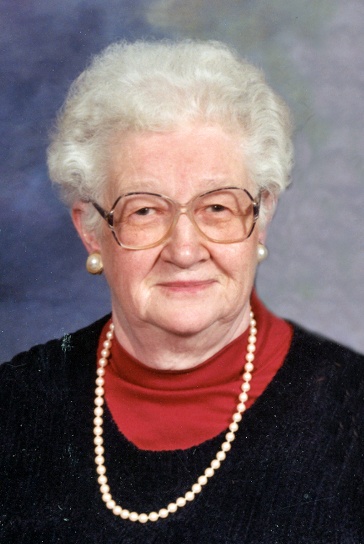 Funeral services for Vera Kill of Morris, MN will be held Tuesday, October 4, 2016 at 10:00 a.m. at Federated Church in Morris, with Reverend Lauren Hauger officiating. Visitation will be Monday from 5 to 7 p.m., with a prayer service at 6:30 at the Pedersen Funeral Home in Morris and for one hour prior to services at the church on Tuesday. Burial will be in Summit Cemetery in Morris.

Vera Lou Crissey, daughter of Earl and Sena (Hegg) Crissey, was born October 20, 1933 in Horton Township, Stevens County, Minnesota. She attended and graduated from Alberta High School in 1951. Vera was united in marriage to Lawrence Kill on May 22, 1954 at Federated Church in Morris. They celebrated 62 years of marriage.

Following her graduation, Vera worked at Ottertail Power Company until Doug was born. She later worked for Fingerhut, Jergenson's Super Valu, Mitch's and Willie's Super Valu. She was a member of Federated Church and the Federated Women's Fellowship. Vera was also a member of the VFW Auxiliary 5039, the AMVETS Post 290 Auxiliary and the American Legion Auxiliary Unit #29.

Vera enjoyed watching Wheel of Fortune and the Minnesota Twins. She also liked playing cards and doing word find puzzles. Her greatest joy was time spent with family and friends. To order memorial trees or send flowers to the family in memory of Vera Kill, please visit our flower store.