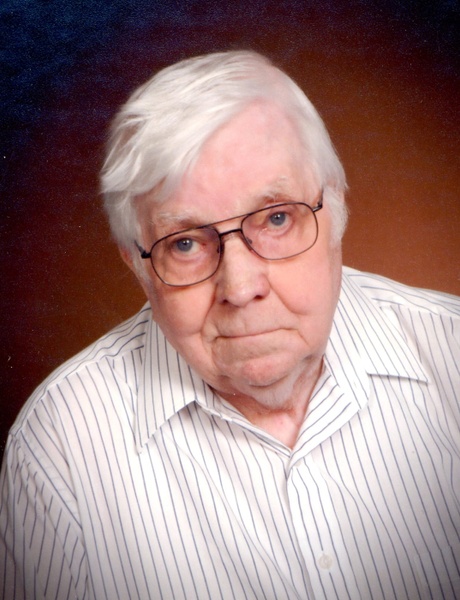 Funeral services for Vernon Jergenson of Starbuck, Minnesota, will be held Wednesday, October 24, 2018 at 10:30 a.m. at Fron Lutheran Church in Starbuck.  Reverend Chris Richards will be officiating.  Visitation will be held Tuesday from 5 to 7 p.m. at the Starbuck Funeral Home in Starbuck, and for one hour prior to services at the church on Wednesday.  Burial will be at Fron Lutheran Cemetery, rural Starbuck.

Vernon Ellsworth Jergenson, son of Ole T. and Hannah C. (Thorson) Jorgenson, was born on February 28, 1927 at his home farm in Rolling Forks Township, Minnesota near Starbuck.  He grew up on the farm and attended district 77 country school until the 8th grade.  Following his schooling, Vernon worked on the family farm.  He was united in marriage to Esther Swenson on July 22, 1945 in Glenwood, Minnesota.  The couple made their home on a farm in Rolling Forks Township, not far from the farm he grew up on.  Vernon farmed until 1958.  Vernon worked at the Starbuck School as a janitor and bus driver until 1974.  After working at the school, Vernon was self employed as a carpenter until 1982.  Later Vernon worked at Farmer’s Union delivering LP gasoline and spraying crops during the summertime.  Following his retirement, Vernon and Esther continued to live at their home in Starbuck.  In March of 2018, Vernon moved to the Minnewaska Lutheran Home in Starbuck where he continued to live until the time of his death.

Vernon was a member of Fron Lutheran Church, where he served on the church council, was on the Starbuck Fire Department serving as Chief for several years, and was one of the original six of the Starbuck Ambulance Crew and served on the Starbuck City Council.  He enjoyed fishing, hunting, seek and find puzzles and crafting with plastic canvas.  He will be remembered as a man who was very active in his community and who always kept busy.

Vernon died Saturday, October 20, 2018 at the Minnewaska Lutheran Home in Starbuck, Minnesota.  He was 91 years old.

To order memorial trees or send flowers to the family in memory of Vernon Jergenson, please visit our flower store.