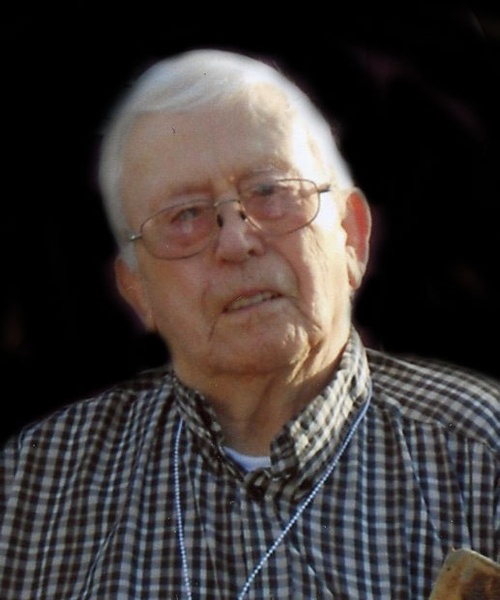 The funeral for Vernon Voss, of Starbuck, Minnesota will be held on Tuesday, March 1, 2016 at 10:30 a.m. at the Starbuck Funeral Home in Starbuck, with Reverend Paul Johnson officiating. Visitation will be one hour prior to the service on Tuesday at the funeral home. Burial will be at the Minnewaska Lutheran Cemetery, Starbuck.

Vernon Oliver Voss, son of Roland and Luella (Wartenburg) Voss was born on December 8, 1928 in Union Grove Township in Meeker County, Minnesota. He received his education in a country school near Paynesville, Minnesota. After his schooling, Vern worked as a farmer. He also worked on a turkey farm before working several years at Trinity Steel making LP tanks. He was united in marriage to Beverly Tysdal on December 18, 1965 in Paynesville. The couple continued to live in Paynesville and Vern drove mail truck from Paynesville to St. Cloud. In 2002, the couple moved to Starbuck, Minnesota. Beverly died on February 20, 2007. Vern continued to live in Starbuck until the time of his death.

He was a member of the Sportsman's Club. Vern enjoyed working on small engines and fishing.

Vern died on Friday, February 26, 2016 at the Minnewaska Lutheran Home in Starbuck. He was 87 years old. Vernon Voss
To order memorial trees or send flowers to the family in memory of Vernon Voss, please visit our flower store.