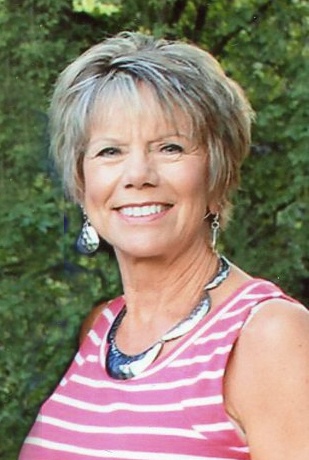 Memorial services for Vicki Pieske of Starbuck, MN will be held Tuesday, November 15, 2016 at 10:00 a.m. at Trinity Lutheran Church in Cyrus, with Reverend Chris Richards officiating. Visitation will be Monday from 4 to 7 p.m. at the Pedersen Funeral Home in Morris and for one hour prior to services at the church on Tuesday.

Vicki Lynn Johnson, daughter of Edwin Jr. and Donna (Larson) Johnson was born December 19, 1954 in Fergus Falls, Minnesota. She was baptized in 1955 at North Immanuel Church in Pelican Rapids and confirmed in 1969 in Erhard, MN. Vicki went to country school for six years, before attending and graduating from Pelican Rapids High School in 1972. She continued her education at Fergus Falls Community College, graduating in 1974. Vicki worked at the Starbuck Clinic for the next 42 years. On December 7, 1974, she was united in marriage to Dennis Pieske at Grace Lutheran Church in Erhard. The couple made their home near Cyrus for 26 years and in 2000 built their home on Lake Minnewaska, where they have continued to make their home until the time of Vicki's death.

Vicki's strong faith allowed her to have a positive attitude on her cancer journey, which helped her convey a positive attitude towards people she met. Vicki's wish was to help future cancer patients so she made the decision to have her body donated to Mayo Clinic for research.

Vicki was a member of Trinity Lutheran Church in Cyrus, where she taught Sunday school, served as a Luther League Advisor and was part of the Godly Women out of History. She also served on the Minnesota Women's Pork Producers Council. In June, 2016, Vicki along with Dennis, Pastor Chris and the Senior Sunday School kids, climbed in the Rocky Mountains. Vicki enjoyed running, exercising and sitting in the sun, watching her children and grandchildren play sports and their other interests. She especially enjoyed time spent with her grandsons and having a glass of wine with friends. To order memorial trees or send flowers to the family in memory of Vicki Pieske, please visit our flower store.