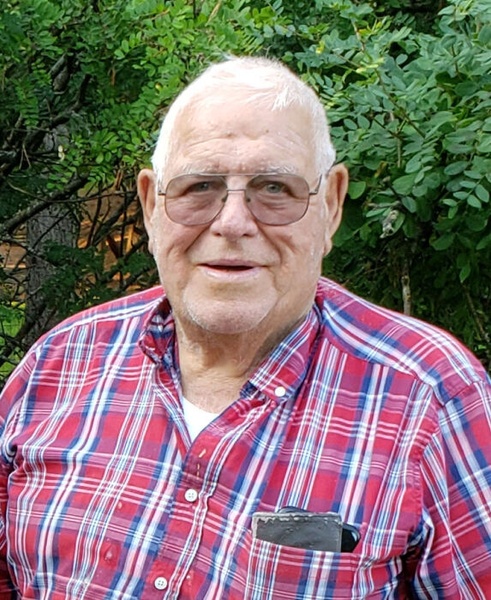 Funeral services for Victor Bruer of Morris, will be held Sunday, September 18, 2022 at 2:00 p.m. at Trinity Lutheran Church in Alberta, with Minister Minette Stalheim Johnson and Pastor Steve Bruer officiating. Visitation will be on Saturday, September 17, 2022 from 5 to 7 p.m. at Pedersen Funeral Home in Morris and for one hour prior to the service at the church on Sunday.  Burial will be in Frog Lake Cemetery, rural Alberta.

Victor Allen Bruer, son of Marvin and Myrtle (Hagen) Bruer, was born June 20, 1939 in Morris, Minnesota.  He grew up on a farm south of Alberta, and attended Alberta High School graduating in 1957.  Following graduation, Victor enlisted in the National Guard, serving for 23 and a half years.  He was united in marriage to Carol Christenson on May 2, 1964 at Assumption Catholic Church in Morris.  The couple made their home on a farm south of Alberta where they farmed and raised their three children: Tracy, Heidi and Troy. In 1995, Victor and Carol moved to Morris where Victor worked as a crop adjuster for various companies in the area.  He continued to live and work in Morris until the time of his passing.

Victor was a member of Trinity Lutheran Church in Alberta, The Morris Eagles, Morris American Legion, Masonic Lodge and served on the Frog Lake Cemetery Board. He enjoyed working in his garden, watching his grandchildren’s sporting events and traveling.  Anywhere the car was going, Victor wanted to be along for the ride.  Victor loved all aspects of farming but he loved most of all, his grandchildren.

Victor’s family would like to say a special thank you to Victor’s crop insurance family: Todd Hottovy, Reed Peterson and Pat White for being such great friends.  He loved you guys!

Pedersen Funeral Home in Morris is in charge of the arrangements for Victor.  To send condolences to the family please visit www.pedersenfh.com.