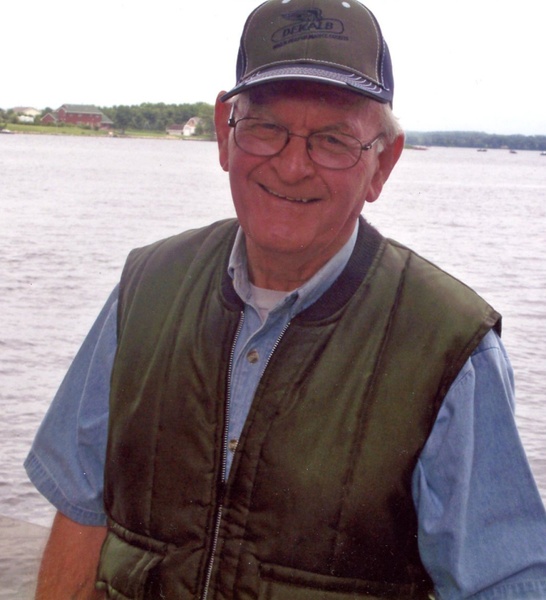 Funeral services for Wallace "Wally" Giese of Morris, MN, formerly of the Herman area will be held Tuesday, April 23, 2019 at 10:30 a.m. at St. John's Lutheran Church in Donnelly, MN, with Reverend Michael Nelson officiating. Visitation will be Monday from 5 to 7 p.m., with a prayer service at 7:00 at the Pedersen Funeral Home in Morris and for one hour prior to services at the church on Tuesday. Burial will be in Emmanuel Lutheran Cemetery in Swan Lake Township.

Wallace William Giese was born on the family farm in Rendsville Township, Stevens County, Minnesota to Carl and Laura (Mau) Giese on July 16, 1931.  He was baptized and confirmed at Emmanuel Lutheran Church in Swan Lake Township.  Wally was raised on the family farm and attended country school through the 8th grade.  After that, he attended West Central School of Agriculture in Morris, Minnesota, graduating in 1949.  When Wally was a teenager, he lost his Dad in a farm accident.  He and his brother, Don, continued to run the family farm. On June 20, 1953, he was united in marriage to Marlys Stock at Emmanuel Lutheran Church. Following their marriage, the couple lived and worked on the family farm. In 1958, they purchased their own farm in Macsville Township in Grant County, where they continued to live and farm and raise their family. In 1990, they built a new home on lower Pomme de Terre Lake. They lived on the farm during the growing season and at the lake during the winter months, until their son Brad moved home to the family farm in 1993.  Marlys preceded Wally in death on September 15, 2014.  Wally continued to live at the lake until 2015, when he moved to Skyview Assisted Living in Morris.  After a recent fall, Wally moved into West Wind Village for therapy services where he stayed until his death.

Wally was a member of St. John’s Lutheran Church in Donnelly, serving as a Luther League Advisor and on the Council.  He was also a member of the Donnelly Coop Board, Donnelly Rod and Gun Club, Horseshoe League and was a 4-H Leader.  Wally farmed all of his life.  Some of his other passions were: hunting, fishing, pitching horseshoe, snowmobiling, playing cards and dancing.  Wally enjoyed people and most importantly, he cherished the time that he was able to spend with his family.

To order memorial trees or send flowers to the family in memory of Wallace "Wally" Giese, please visit our flower store.