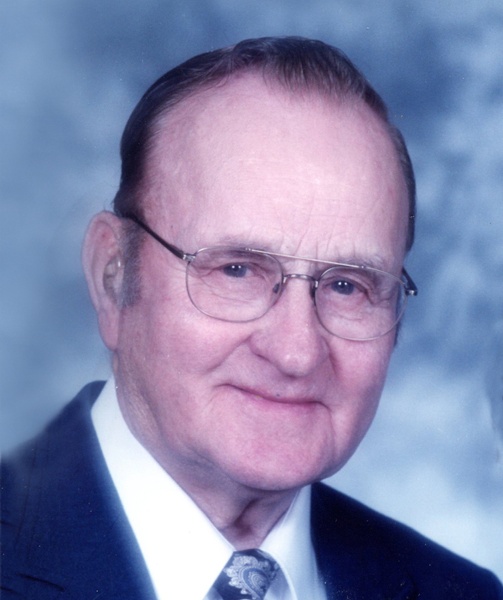 Funeral services for Walter Engebretson will be held on Friday, April 20, 2018 at 2:00 p.m. at St. John’s Lutheran Church in rural Starbuck.  A visitation will be on Thursday, from 4:00 – 7:00 p.m. at the Pedersen Funeral Home in Morris and will continue one hour prior to the services at the church on Friday.  Reverend Fran Hill will be officiating.  Burial will be in St. John’s Lutheran Church Cemetery.

Walter Erling Engebretson was born on October 28, 1923 in New Prairie Township to Edwin and Oline “Lena” (Ronnei) Engebretson.  He grew up on the family farm in New Prairie Township and attended country school until 8th grade.  Walter joined his father farming, milking cows, raising hogs, and working with neighbors.  Walter was united in marriage to Alva Stadsvold on November 4, 1945 at the St. John’s Lutheran Church parsonage;  attaining a remarkable 72 years of marriage.  The couple remained on the family farm for over fifty years before moving off the farm.  Walter continued to help his son farm for many more years.  Walter was especially proud that his farm was honored with a Minnesota Century Farm in 2005.

Walter was lifelong member of St John’s Lutheran Church of rural Starbuck being active in a variety of roles until he moved to Morris in 2014.  He was a 41 year member of the Fraternal Order of Eagles in Morris.  Walter enjoyed beautifying the yard, collecting toy cars and tractors, watching his grandson race at local tracks, and simply enjoyed people, never forgetting a face or a name.  He listened to country music with his favorites being Johnny Cash and Sherwin Linton.  He spent a lot of time dancing, playing cards and spending time with friends, always with his wife at his side.  He loved to drive and visit places.  Walter was admired by all and deeply loved by his family.

Pedersen Funeral Home in Morris is in charge of arrangements for Walter.

To order memorial trees or send flowers to the family in memory of Walter Engebretson, please visit our flower store.