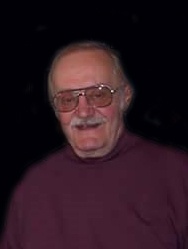 Funeral services for Wayne Colrud of Morris, MN will be Monday, November 2, 2015 at 10:30 a.m. at Faith Lutheran Church in Morris. Visitation will be Sunday from 2 to 4 p.m. at the Pedersen Funeral Home in Morris and for one hour prior to services at the church on Monday.

Wayne Howard Colrud, son of Bennie and Elvira (Halverson) Colrud was born June 2, 1939 in Rosholt, Wisconsin where he grew up and attended school graduating in 1957. Following his schooling, he enlisted in to the United States Air force where he worked for air police and was stationed in Korea, Argentina and San Antonio, Texas. After being honorably discharged, Wayne returned to Rosholt where he worked as a meat cutter. He was united in marriage to Nancy Schneider on January 9, 1971 in Chippewa Falls, WI. Wayne worked as a meat cutter in Chippewa Falls, Bemidji, Morris and Wheaton retiring at the age of 62. Wayne was also a janitor for Faith Lutheran Church for 12 years before his health became poor. Wayne continued to live in Morris until the time of his death.

Wayne was a member of Faith Lutheran Church, The Masonic Lodge and the Morris Eagles Club. He enjoyed bowling, playing horseshoes, Yahtzee and watching sports, especially the Minnesota Vikings, Twins and Timberwolves. Most of all he enjoyed spending time with his children and grandchildren.

Wayne died Thursday, October 29, 2015 at the Swift County Hospital in Benson, MN. He lived to reach the age of 76 years.

IN LIEU OF FLOWERS THE FAMILY PREFERS MEMORIALS To order memorial trees or send flowers to the family in memory of Wayne Colrud, please visit our flower store.