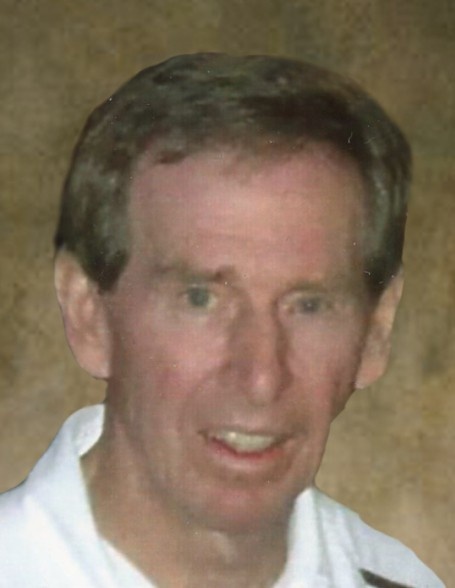 Funeral services for Wayne Erickson of Starbuck, MN, will be a private family service.  There will be a live stream of the service starting at 2:00 p.m. on Saturday, November 7, 2020.  To view the service on the Starbuck Funeral Home website, scroll to the bottom of Wayne’s page and click on the link.

Visitation will be Friday, November 6, 2020, from 5 to 7 p.m. at the Starbuck Funeral Home. While maintaining social distancing guidelines, we can accommodate 250 people, with face masks being required, and all necessary steps taken to insure a clean facility.

Wayne Jerome Erickson, son of Herbert and Mabel (Olson) Erickson, was born September 23, 1940 in Starbuck, Minnesota.  Wayne grew up on the family farm, was baptized and confirmed at Fron Lutheran Church, and attended Starbuck public schools, graduating in 1959.  Wayne was a great athlete, playing four sports during his high school career, and in his senior year, was honored as a “Prep Star of the Week” in the Minneapolis Star Tribune newspaper. He ended his HS career in fourth place on Starbuck’s all-time scoring list.  He went on to play college basketball at Moorhead State University, graduating in 1964 with a BA degree.

Wayne began his career in Wanamingo, MN where he spent 5 years teaching Industrial Arts, and coaching boys HS basketball, followed by a year at Lakeville High School where he coached football, and finishing up his career with 28 years at North St. Paul, where his coaching career excelled.  He was their first girls’ basketball and softball coach, taking the Polars to two state tournaments in basketball, and three state tournaments in softball, with his 1984 team winning the state championship.  Wayne became the second softball coach in the state to reach 200 wins.

In addition to coaching high school, Wayne was also involved in recruiting and coaching girls throughout the state for the Minnesota AAU basketball program.  As coach of the AAU North Tartans, Wayne was part of a “Minnesota first”, when his U13 girls team captured the AAU National Championship in 1992. Two of the girls from this team went on to play professional basketball in the WNBA.

Wayne loved coaching, and dedicated much of his time working with his teams to improve and become the best they could be. If you ask his players, they will not only remember the great coach he was, but also the great man.  He went the extra mile, adding a personal touch at the end of each season by handmaking awards for the girls from wood that he harvested and dried in his kiln.

After retirement Wayne enjoyed traveling, coaching and watching his granddaughters play sports, and always seemed to have a project or two in the works.  Wayne enjoyed carpentry, remodeling projects, and was always willing to help others.  He was an avid Minnesota Twins, Gophers and Vikings fan, but his biggest joy was helping to coach and watch his 7 granddaughters play their sports.  He loved watching them, never wanting to miss a single game, and was so proud of each of them.

Wayne fought a long, hard battle with Parkinson’s for 20 years.  In 2016, he was placed in an assisted living facility in Lakeville, and in 2018, due to the progression of his disease, he was moved to the Minnewaska Lutheran Home in Starbuck.

Wayne passed away Saturday, October 31, 2020 at the Minnewaska Lutheran Home. He was 80 years old.  Wayne was a kind and wonderful man, who left a positive impact on those he met and coached.  He will be greatly missed by his former student and athletes, fellow teachers and coaches, and others that had the privilege to call him friend.  But most of all, he will be missed by his family.

IN LIEU OF FLOWERS THE FAMILY PERFERS MEMORIALS THAT WILL BE DISTRIBUTED IN WAYNE’S NAME TO LOCAL CHARITIES.

To order memorial trees or send flowers to the family in memory of Wayne Erickson, please visit our flower store.