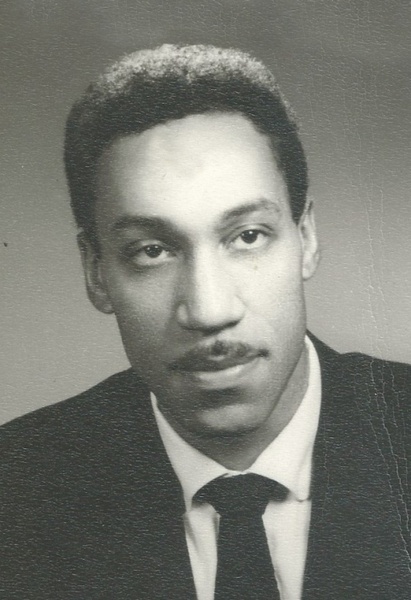 A private funeral mass will be held for William Bill Stewart at Assumption Catholic Church.

There will be a live stream of Mr. Stewart’s service starting at 10:00 a.m. on Friday, November 13, 2020.  To view the service, go to the Pedersen Funeral Home website at www.pedersenfh.com and scroll to the bottom of Mr. Stewart’s page and click the link.

While maintaining social distancing guidelines, we are now able to accommodate gatherings of up to 250 people. The use of face masks by attendees is required, and we will continue taking the necessary steps to keep our facility clean.  For those who prefer or require continued precautions, webcasting and/or live streaming is available in most situations.

William Bill Stewart, son of Frannie (Blount) and Arthur Stewart, was born on February 7, 1925 in Hamtramck, Michigan. He grew up in Detroit and graduated from Cass Technical High School in 1941. He served in the United States Navy from January 1943 - December 1947.

After being honorably discharged from his military service, he pursued his education at Ripon College, where he graduated with a Bachelor of Arts degree in Mathematics in 1952. He matriculated to the prestigious Massachusetts Institute of Technology (MIT) where he earned a BA in Architecture in 1955.  A renowned book, entitled ‘Technology and the Dream, Reflections on the Black Experience at MIT, 1941-1999’, was published in 2001 to recognize the achievements of distinguished Black MIT Alumni.  Though Bill (as he was affectionately known) was always humble, being listed among the honorees in that publication was one of his crowning achievements.

While a student at MIT, Bill met Ida Belle Wilcox, who was a student at Boston University. Both were consummate scholars and passionate activists, which made them instant friends. They were united in marriage on September 18, 1955. Their love and respect for one another was truly admirable.

Their union produced four children: Paul, Cecilia, Jacquelynn, and Malcolm. They loved their children fiercely and were quite protective of them. Family was very important to Bill and Ida.

After graduating from MIT and Boston University respectively, Bill and Ida moved to the Twin Cities. Bill began his career as a draftsman and designer in Architectural firms from 1955-1969. However, when an opportunity to become a public servant and community activist presented itself, Bill changed career paths.  As Executive Director of the newly established Model Cities Program in St. Paul, Bill readily accepted the challenge to lead the organization, whose mission was to stabilize families and communities. His work at Model Cities garnered him national attention and he was soon appointed to lead the Model Inner City Community Organization (MICCO) in Washington, DC. Bill served in that position for two years (1971-73) before returning to the Twin Cities to accept the position of Director of the University of Minnesota (UMM) Minority Student Program (MSP) in 1973. Bill worked tirelessly as the Administrator of MSP for 33 years. During his time at UMM, he created a model for recruiting, retaining, and graduating minority students in predominantly white universities. Bill was a masterful educator, influencer, motivator, and supporter of the MSP students.

There are hundreds of stories of Bill mentoring, challenging and even rescuing MSP students. He was determined to do everything within his power to see each UMM recruit graduate. Bill taught and modeled leadership on campus and in life. One of Bill’s urgent pleas to students was to pursue graduate degrees to give themselves greater opportunity for success. He empowered students with wisdom and pride and expected academic excellence. This support and encouragement produced countless academic and professional MSP success stories.

Together, Bill and Ida developed ‘World Touch Heritage Week’ at the University of Minnesota, Morris. The program was designed to celebrate and honor the cultures and contributions of every ethnic group.  This annual celebration continues to be a cornerstone program at the university.

William B. Stewart was also a well respected UMM Colleague and an active Morris community member. He was a member of the Kiwanis Club and Assumption Catholic Church.

Bill’s dedication to his work and arduous schedule did not leave much leisure time, but when he was home he enjoyed reading, playing tennis, and endless intellectual and revolutionary conversations with his wife, Ida.  He derived the most joy, however, from spending time with his children and grandchildren.

William B. Stewart passed away at West Wind Village on October 18, 2020 at the age of 95.  He is survived by his children, Paul Stewart of Tacoma, Washington; Cecilia Stewart of Coon Rapids, Minnesota; Jacquelynn Sirach ‘Stewart’ of Starbuck, Minnesota; and Malcolm Stewart of Detroit Lakes, Minnesota.  He is also survived by his sister, Verla Marks of Detroit, Michigan; his grandchildren and many nieces and nephews.

He was preceded in death by his wife, Ida Stewart; his parents,  Frannie (Blount) and Arthur Stewart; his sisters, Lois Daniels, Louise Stewart, Ruby Sims, and Annie Smith; and his brothers, Mitchell and Oscar Batchelor.

To order memorial trees or send flowers to the family in memory of William Stewart, please visit our flower store.