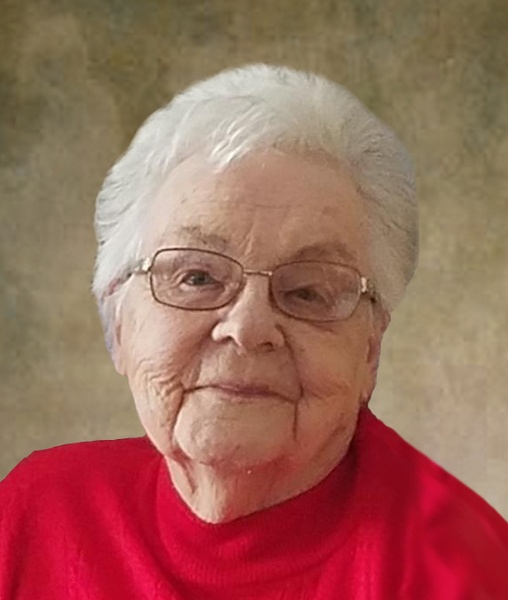 Services for Wilma will be held at a later date in Dickinson, North Dakota.  Wilma died on Sunday, October 6, 2019 at the Stevens Community Medical Center in Morris.  She was 91 years old.

Wilma M. McDowall was born June 17, 1928.  She grew up in Carson, ND.  On Dec. 27, 1948 Wilma was united in marriage to Louis James Helfrich at the Sacred Heart Catholic Church in Glen Ullin, ND. Thereafter, they made their home in Dickinson, ND. To this union, seven children were born.

After their children were raised, Wilma returned to college and earned a Bachelor of Arts in Social Work from Dickinson State University.  She spent her time working as an addictions counselor at the local mental health center.

Wilma was a pillar of love and kindness, not just for her large family but for many others as well.  Her legacy of friendship to encourage and inspire will continue to impact lives for many years to come.

Late in life, Wilma and Louie moved to Morris, MN to be closer to their daughter, Melanie.

Louie preceded Wilma in death in December of 2018. Wilma continued to live in Morris at West Wind Village until the time of her death.  She died on Sunday, October 6, 2019 at the Stevens Community Medical Center in Morris, MN at 91 years of age.

She was preceded in death by her husband, Louie, one son, Thomas; sisters Judy Heaps and Bonnie McDowall; brothers Daryl, Lyle and Marley McDowall.

To order memorial trees or send flowers to the family in memory of Wilma Helfrich, please visit our flower store.