Funeral services for Larry Mix, of Cyrus, Minnesota, will be held on Saturday, June 4, 2022, 11:00 a.m. at St. John's Lutheran Church in rural Starbuck.  Pastor Patrick Franey will be officiating.  A visitation will be held Friday, June 3, 2022, from 4-7:00 p.m. at the Starbuck Funeral Home and Saturday from 10-11:00 a.m. at St. John’s Church prior to the funeral services. Burial will be at the St. John's Cemetery following the funeral services.

Larry Eugene Mix was born on November 25, 1945, in Jackson, Minnesota to Kenneth Darl and Eithlyn Louise (Poelaert) Mix.  Larry was baptized in his faith in Jackson, Minnesota, and at the age of 5 moved with his family to rural Cyrus, Minnesota. He was confirmed at St. Petri’s Lutheran Church in Cyrus. Larry received his education in the Cyrus School District, graduating with the Cyrus High School class of 1963.  While in high school, Larry was the only student who played varsity football for five years!  Larry had a variety of jobs following high school. He worked at the grain elevator in Cyrus and Clyde Machines in Glenwood, as a heavy equipment operator building roads across the state, and finally began his career as a delivery driver with UPS in Morris in 1968; retiring after 40 years of service in 2009.  In 1963, Larry was united in marriage to Mary Hawkinson in Cyrus.  They made their home around Cyrus and welcomed six children – five boys and one girl.  In 1985, Larry was united in marriage to Jeanne Courneya at their property in New Prairie Township, Pope County, Minnesota.  They completed their family by welcoming three more sons.

Larry was happiest spending time with friends and family.  He loved gardening, hunting, cooking and was especially known for his annual hog roasts. Larry was very mechanically inclined and had a way of making something out of nothing. He taught himself many trades in that way and passed that on to his children. He also had an iron will – when Larry made up his mind to do something – he did it!  Larry loved dancing and spent most of his weekends dancing with Jeanne; two-stepping all over the dance floor.  In his later years, he enjoyed watching the sunsets from his breezy deck chair, watching his favorite television shows (Dancing with the Stars, Wheel of Fortune and the evening news), and visiting with family.

Larry was an honest, stubborn, and faithful man.  He wore his heart on his sleeve and enjoyed a good debate.  Larry was hard-headed yet soft-hearted; he was blessed to have married two amazing women and raise a loving and close family.  He had a strong faith and believed that Jesus was his savior.  When he was going through hard times, Larry would ‘give it to God’ and would read his bible until his heart was content.

IN LIEU OF FLOWERS, THE FAMILY PREFERS THAT YOU PLANT A TREE IN MEMORY OF LARRY.

Starbuck Funeral Home in Starbuck is in care of arrangements for Larry. 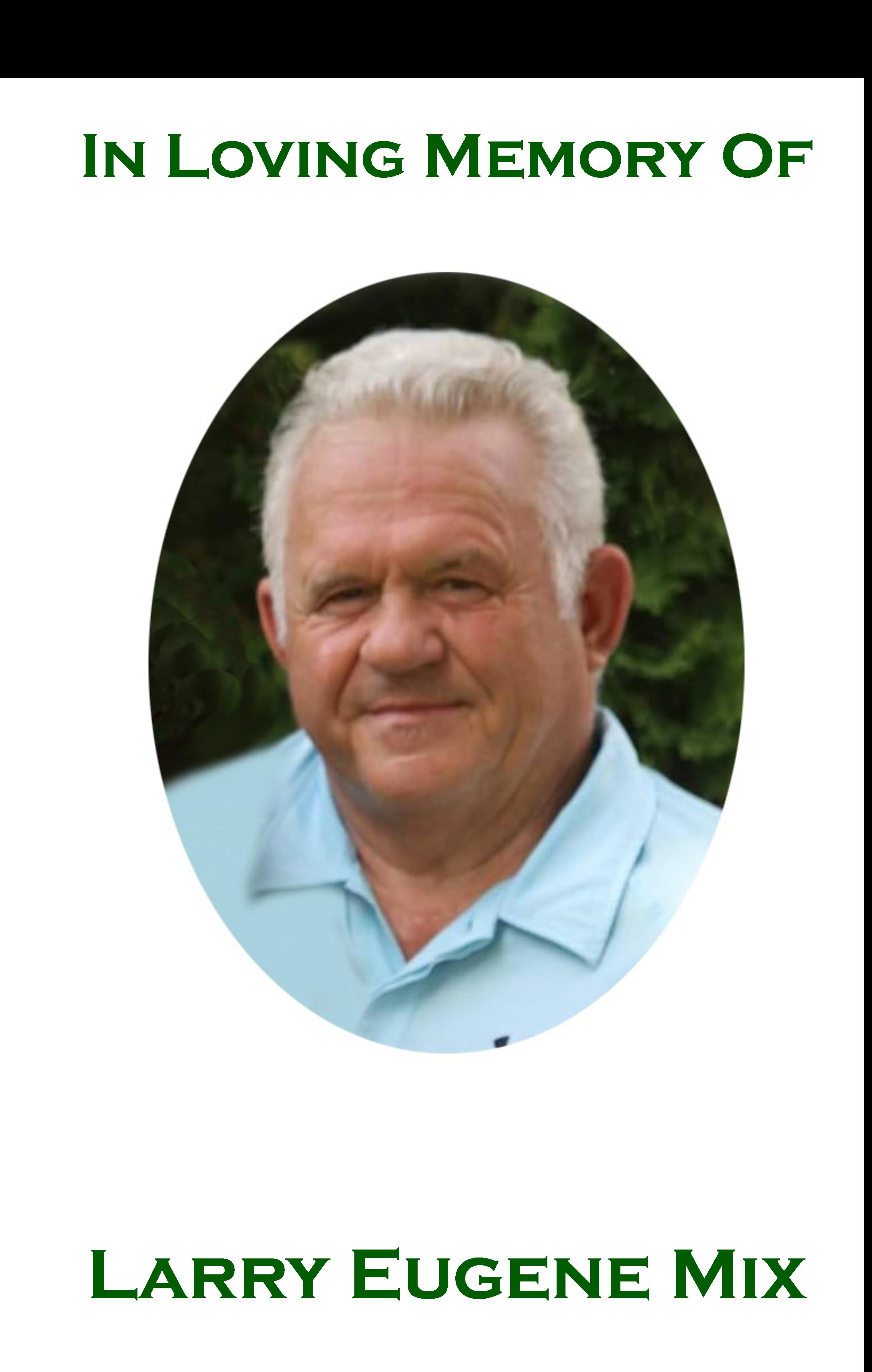 To send flowers to the family or plant a tree in memory of Larry Eugene Mix, please visit our floral store.

A Memorial Tree was planted for Larry